NO EVIL EYE is a nomadic micro-cinema that aims to redefine the creative and social parameters of film scene(s) by curating an eclectic mix of films and accessible educational workshops made for and by inclusive audiences.

Since our launch in May 2019, we’ve been invited to engage in a variety of unique spaces and places including institutions, film festivals, underground theaters, and DIY organizations around the country.

Our mission is to reimagine the traditional filmic experience by promoting a realistic yet utopian vision of cinema as a space of socio-political possibilities. We’re interested in igniting a collective radical imagination around the moving image that moves beyond the status quo.

Ingrid raphaël’s practice is carved with a poetic borderless framework. In their practice, they use film, arts education, performance, weaving and metaphors as malleable tools to imagine, worldbuild, and repair.

They co-directed “They Won’t Call It Murder” a short documentary film following the intimate recollections of five women in Columbus, Ohio who lost their loved ones to police murders. The film will be released online in 2022, and Ingrid is currently directing and producing a speculative narrative feature

As the co-founder of the nomadic microcinema, NO EVIL EYE, Nuur has organized accessible film programs and education workshops around the country and online. At 22, she created SVLLY(wood), an irregular independent print film magazine, one of the only kinds in the world.

Producer of “They Won’t Call It Murder”, a documentary short film selected at Sheffield Doc/Fest and BAMcinemafest 2021. Her work has been profiled in Interview Magazine, NYLON, Brooklyn Rail, and more. She’s currently developing a documentary on her homeland of Somalia and attempting to complete two screenplays.

Sonia Desai Rayka (she/her/hers) is a filmmaker and writer with a passion for generous, community-led artistic practices. She works as a Virtual Teaching Assistant and Facilitator for No Evil Eye Cinema’s Film Futura, an alternative film school set on decolonizing cinematic possibilities, and ran the impact campaign and digital media for Sundance documentary Coded Bias. Currently, Sonia is in production on a mixed media short documentary about 94 year old trailblazer activist Toñita Morales who is the leader of the anti-gentrification movement in El Paso, Texas. Sonia is based in New York, with roots in Columbus, Ohio.

Natalie Erazo is a Colombian-American film programmer, arts administrator, writer, and energy healing facilitator hailing from Miami, FL, and now based in Brooklyn, NY. Natalie has programmed film series for the Brooklyn Academy of Music (BAM) and region(es), as well as organized screenings for youth audiences through The Repertory Project. Their writing has been published in Hyperallergic and the BAMblog.

The 25 Coolest Film Festivals in the World 2020

Radical Migration Stories on the Road

NO EVIL EYE, a new politically charged micro-cinema in Columbus

Flyover Fest: No Evil Eye debuts at the Wex

Q&A: Rooney Elmi and Ingrid Raphael on No Evil Eye

A Colander in the River of the World: On Decolonizing Film Studies 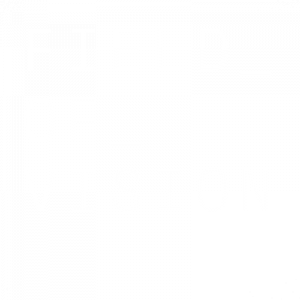